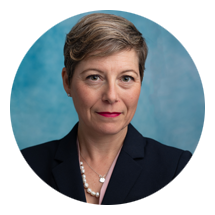 Marcia B. Salovitz is Vice President of Operations of Fedcap, Inc. joined Fedcap in 2015 as Executive Director of the Wellness Comprehensive Assessment, Rehabilitation and Employment (WeCARE) Program for Manhattan and the Bronx to lead the $35 million NYC contract transition and implementation.

Prior to this role, Marcia was responsible for NYC’s Department of Homeless Services efforts to facilitate a rapid return to permanent housing for evacuees displaced by Hurricane Sandy. She reduced program census by 88% within 5 months; over 50% positive housing exits through performance management and developing strategic exit plans with agency partners and The Mayor’s Office. Subsequently, at the NY State Governor’s Office of Storm Recovery as Director of Housing Operations, Marcia developed and implemented the Award Distribution System for the Single Family Homeowner Program resulting in approximately 3,000 individual homeowner checks and award letters totaling approximately $100 million disbursed over a four week timeframe.

In the early 2000’s, Marcia served as Lead Program Specialist at the U.S. DHHS Office of Family Assistance, as national expert on TANF and disabilities providing states with meaningful solutions for our most vulnerable populations together with the needs of local communities, and the demands of the workforce and economy.

With 15 years’ experience as an Executive Director, Marcia has led our generation’s most prominent national and global workforce development initiatives, resulting in more than $100 million in contracted programming, as well as hope, employment and rehabilitation for thousands of individuals.

Through her direction of the nation’s largest TANF program for New Yorkers with disabilities, and by developing and implementing front-line initiatives for the formerly incarcerated, substance users, the mentally ill and the homeless, and those with physical limitations, Marcia has demonstrated measurable engagement and job placement success in the United States and the United Kingdom.

Fundamental to Marcia’s approach is bringing meaningful solutions for our most vulnerable populations together with the needs of local communities, and the demands of the workforce and economy. When we invest in substantive pathways to independence for individuals with barriers, we can create prosperity.

Marcia has a B.A. in Education from the University of Massachusetts, Amherst, and M.S. in Counseling and Development from Long Island University.