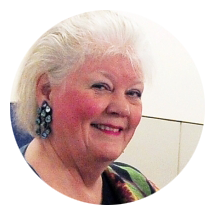 Martha Sproule had a 35-year career in the investment business, with a primary focus on cross-border mergers and acquisitions. In 1986 she joined Rothschild, Inc., where she was a managing director and a member of the investment committee of a fund investing in distressed securities, positions she left in 2000 to pursue various projects in the non-profit sector. Her other investment experience included positions at Schroders, Studebaker-Worthington, Whitcom Investment Company and McDonnell & Company.

Since leaving the investment business, Ms. Sproule has been the founding executive director of the GEM Foundation, a private foundation focused on public education in Newark, N.J.; the chief financial and administrative officer of the YWCA of the City of New York during a crucial transition period, and leader of a group providing charitable grants to small businesses directly affected by September 11th. Ms. Sproule, who served as President and Treasurer of the Financial Women’s Association of New York, has a BA in Economics from Mount Holyoke College.

Ms. Sproule joined the board of Fedcap in 2011, after having served on the board of The Way to Work (originally Vocational Foundation, Inc.) for about 30 years and as its treasurer since 2005. She also is currently on the boards of the GEM Foundation and Urban Stages, a non-profit Off-Broadway theater group with an extensive outreach program in New York City public libraries and schools.