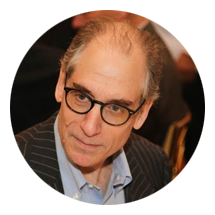 Michael Weinstein is the Executive Director of Impact Matters, a nonprofit agency committed to raising the quality of the work in the nonprofit sector through Impact Audits– a rating tool that helps nonprofits improve and guides donors toward what matters most impact. Previously Michael served for 15 years as the Sr. Program Officer for the Robin Hood Foundation.

Michael holds a Ph.D. in economics from M.I.T. He served as the founding director of the Greenberg Center for Geo-economics Studies at the Council on Foreign Relations while holding the Paul A. Volcker Chair in International Economics. During the 1990s, he served on the editorial board of The New York Times and as the Times’ economics columnist. He is co-founder and chairman emeritus of Single Stop U.S.A., a national nonprofit that helps low-income Americans solve financial problems, W.A.D. Financial Counseling, Inc., a non-profit foundation which counsels low-income families and ReServe, Inc. a non-profit dedicated to matching the skills of the 55+ cohort with the needs of government and the nonprofit sector.

Michael co-authored The Robin Hood Rules for Smart Giving (with Ralph Bradburd, 2013) and The Democracy Advantage: How Democracies Promote Prosperity and Peace (with Mort Halperin and Joseph Siegle, 2004); edited Globalization: What’s New? (2005); and authored Recovery and Redistribution under the N.I.R.A. (1980).